What is STCW? Standards of Training, Certification, and Watchkeeping for Seafarers 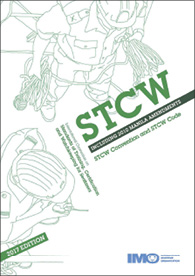 STCW stands for Standards of Training, Certification, and Watchkeeping for Seafarers.

STCW is a term that you have heard many times. From a legal aspect, STCW is an International Convention adopted in 1978 by Conference at the International Maritime Organization (IMO) in London. Subsequently, it has been oftentimes revised, with the most significant amendments taking place in 1995 and 2010. Indicatively, one of the major changes of the 1995 amendments was to divide the technical annex of the Convention into regulations and incorporate a new STCW Code which is composed of Part A and Part B. Respectively, the 2010 amendments aimed at bringing the Convention and the Code up to date with developments since they were initially adopted and enabling them to address issues that were about to arise in the foreseeable future.

The STCW Convention and Code defines the minimum basic requirements on training, certification, and watchkeeping for seafarers with which all contracting parties shall comply. To this end, all parties involved shall provide evidence to IMO that the appropriate legislative and administrative measures have been enacted to ensure such compliance. Provided that shipping activity is not confined within one state’s borders but extends far beyond, on an international level, this said legal conformity safeguards and guarantees the implementation of the minimum necessary standards of training, certification, and watchkeeping of officers and ratings worldwide.

STCW in a nutshell

In a nutshell, STCW Convention and Code:

More info about STCW can be found at:

SQLearn is the first company worldwide to provide STCW Basic Training courses online, totally via e-learning, without the need of physical attendance even for the practical session, approved by a flag administration. This means that all seafarers are now able to obtain their compulsory STCW Basic Safety Training certificate from any place, at any time, right now.

STCW certificates, what courses do I need to work on a Cruise Ship or Super Yacht?
March 26, 2022

SQLearn is a company focusing on maritime training, providing a modern approach to maritime CBT.