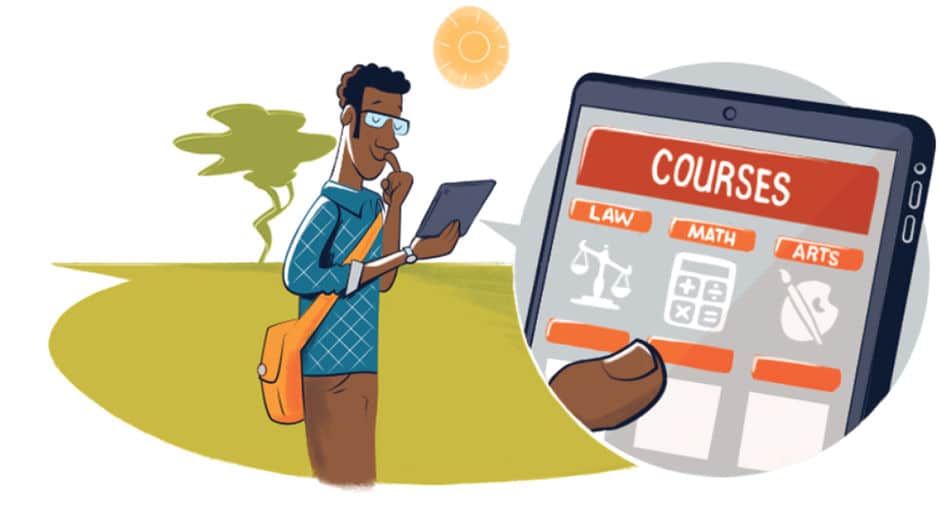 In a New York Times story today about the dramatic expansion of online higher education venture Coursera, co-founder Daphne Koller is quoted as saying that the year-old company is not planning to offer degrees. But the more I read about Coursera and other outfits that offer free massive open online courses or MOOCs, the more I wonder whether we may be witnessing the beginning of a fundamental revolution in higher education.

Could high-quality MOOCs eventually do to traditional colleges and universities what Craigslist has done to classified advertising in newspapers and what Wikipedia has done to encyclopedias? In other words, could Coursera and its ilk replace a $250,000 college degree and decimate the world of brick-and-mortar colleges and universities? Coursera doesn’t even have any plans to give degrees yet, or any revenue model. But along with Coursera, there are several other big, prestigious players who have launched successful, high-quality online courses, including edX, a joint venture of Harvard and the Massachusetts Institute of Technology and Udacity, founded by Sebastian Thrun of Stanford. What might all this mean 10 or 20 years from now?

Until now, most MOOCs have offered only computer science, math and engineering courses. But with its announcement that it will be working with a dozen major research universities, including Duke, Johns Hopkins and University of Edinburgh in Scotland, Coursera is now planning 100 or more courses starting this fall, in subjects as diverse as medicine, poetry and world history since 1300. Participation by EPF Lausanne, a technical university in Switzerland, means some of the courses will be held in French, opening a door to vast numbers of French speakers in Africa.

One of the appeals for professors: they can instruct hundreds of thousands of students all at once, instead of just a few hundred per semester. “I normally teach 400 students,” Coursera co-founder Andrew Ng told the New York Times’ Thomas Friedman in May. Ng recently taught a class online that had 100,000 students. To reach that number of students, says Ng, “I would have had to teach my normal Stanford class for 250 years.”

What’s most striking about today’s announcement is that Coursera has revealed no plans about how it will take in revenues. Though both Coursera and the universities will incur costs for producing the online courses, as it works now, money does not change hands between the parties. At this point, Coursera has some $22 million in financing, including $3.7 million from California Institute of Technology and the University of Pennsylvania.

According to the Times, this fall the University of Washington will offer credit for its Coursera classes in exchange for a fee, and some extra assignments and work with an instructor. That can only spread.

For Coursera students, the benefit is obvious: Instead of paying ever-expanding tuition fees, they can watch high-quality lectures, and be directed to the same reading materials as their in-class peers. Coursera also promises interactive quizzes and homework help from other online students. Before this latest expansion, Coursera already said it registered 680,000 students in 42 countries with its original partners, Michigan, Stanford, and Penn. The new partnership will expand that student base exponentially.

Suddenly the world of elite higher education is opening up to the masses. Students at lesser colleges may become able to augment their course offerings with top instruction from great professors at prestigious universities. They may gradually learn that they can learn online all they need from top-class professors for a degree as good as that from any school.

If this new way of learning does come to replace the old way, there will be invaluable qualities that it can’t replace, such as the education and maturation process that comes from campus life, from dwelling and studying for four years with other students, aged 18-22, who are also growing and learning. The ties and networks we create at that age tend to be lasting, and they carry us through our adult lives. For students lucky enough to go to elite institutions, there is also a kind of branding that takes place. Potential employers assume that if you’ve made it through the filtering process of admission and coursework, you are a high-quality potential employee or investment. Alumni ties can count for a great deal in hiring and in locating initial investors for a startup venture. Perhaps what we’ll see in the end will be an entirely new beast, an educational world gone digital, but maintaining crucial ties to locality and real community for students. But no one has even begun to look that far into the future.

CBT training matrix for Tanker Management Self Assessment (TMSA)
May 29, 2022