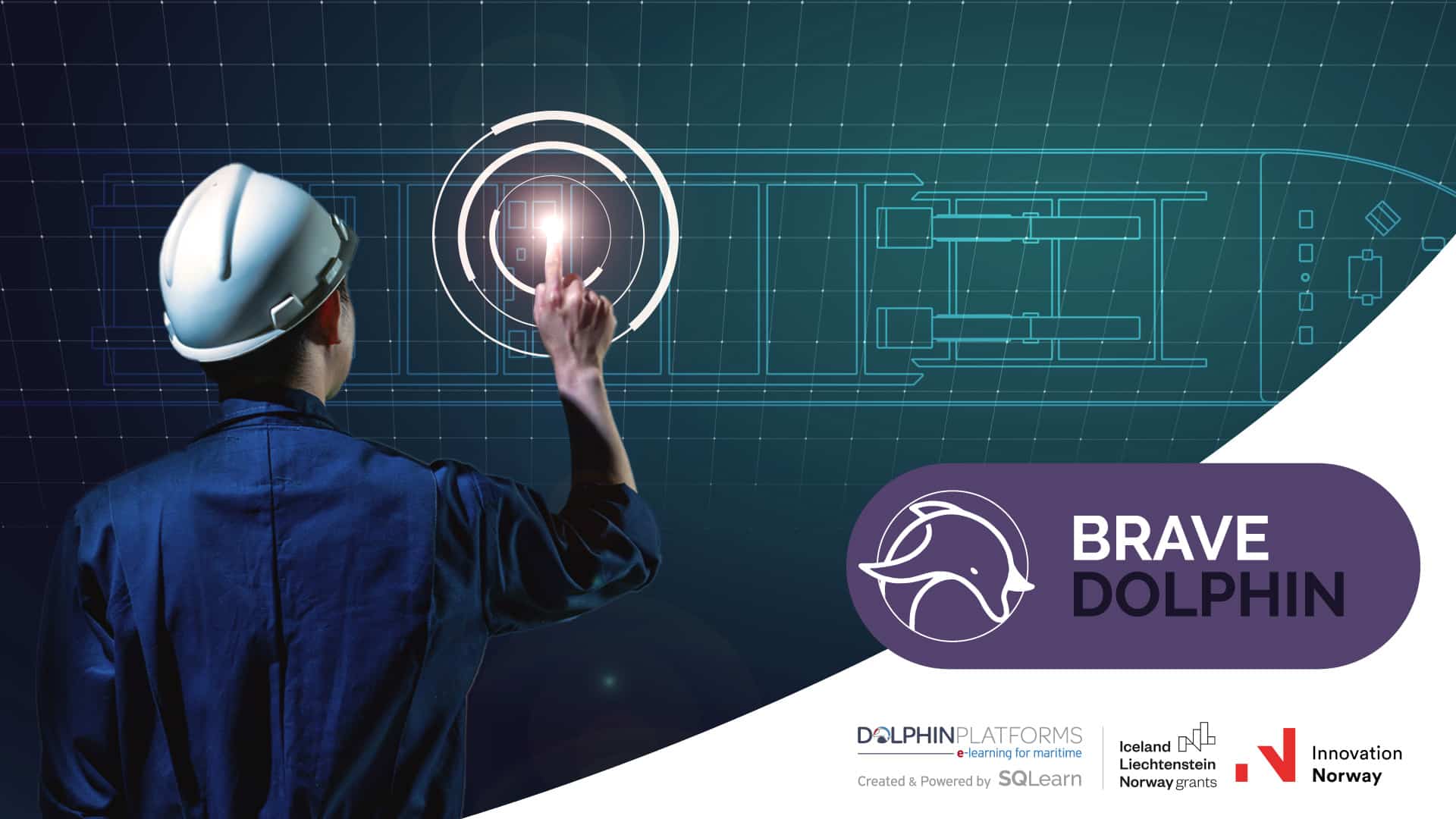 The 1st training VR scenario of the Brave Dolphin project is a fact! The scenario developed by SQLearn S.A. in the framework of the Brave Dolphin project concerns the dangers and actions that a seafarer will take if faced with a “Fire in the Engine Control Room”. The aim of this virtual training is to give seafarers the chance to practice the procedures to be followed in case of fire in the ECR inside a VR simulated environment. The scenario is addressed to shipboard engineers and electro-technical officers, as they are mainly executing their duties in ECR and generally in ER.

Investigations have shown that in many engine room fires it has taken too long for a decision to release the fixed fire extinguishing system to be made, an average of more than 30 minutes since the fire has been discovered. Often that is much too long, because the fire may then have taken full control. SQLearn’s Brave Dolphin project aims to shake the waters of maritime training by developing VR training scenarios that will assist the shipping crew to obtain the necessary knowledge on how to deal with such emergencies in a safe and particularly realistic virtual environment.

Brave Dolphin’s 1st training VR scenario was developed following several stages. Upon finalizing the version of the scenario, a pilot testing was implemented to evaluate it and collect information for initial improvements and adjustments. The pilot testing was used to collect feedback on the simulated activities from the maritime consultants of the company acting as representative users of the maritime industry. Upon proceeding to the necessary adjustments based on the feedback given by the experts, a beta version of the scenario was created. Final testing was then assigned to SQLearn’s maritime consultants so as to apply the final modifications required and develop the finalized version of the scenario.

The development process of the 1st training VR scenario “Fire in the Engine Control Room”, will act as the pilot for the development of the next three scenarios to be deployed by June 2022.

The Brave Dolphin project is supported by a grant from Iceland, Liechtenstein and Norway through the EEA Financial Mechanism 2014-2021, in the frame of the Programme “Business Innovation Greece”.

SQLearn becomes a strategic partner of the Embassy & the General Consulate of Panama, for the digitization of the Art Exhibition “Elogiando la Libertad” – “Hymning Freedom”
December 6, 2021

SQLearn: Returning to Greece with positive impressions from the presentation of the SeaHealth project at Europort 2021!
November 10, 2021

SQLearn is an IT company that provides technological solutions for e-learning
including Learning Management Systems (LMS), web based teleconference platforms, development of e-learning courses and webinars.